Things you will need: 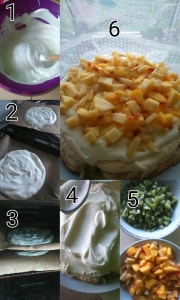 •Put the icing sugar and egg whites into a standing food mixer (or use an electric hand-held mixer in a bowl) and whisk on high for 10 minutes until glossy white peaks form. Using a spatula, gently fold in the cornflour and the white wine vinegar.

•Divide the meringue mixture between the two baking trays and, using a tablespoon, form two large meringue discs. Bake for 45 minutes; then allow the meringues to cool in the oven.

•Assemble the pavlova by spooning half the cream onto the first layer of meringue, then adding half the berries and topping with the other meringue layer, remaining cream and berries.